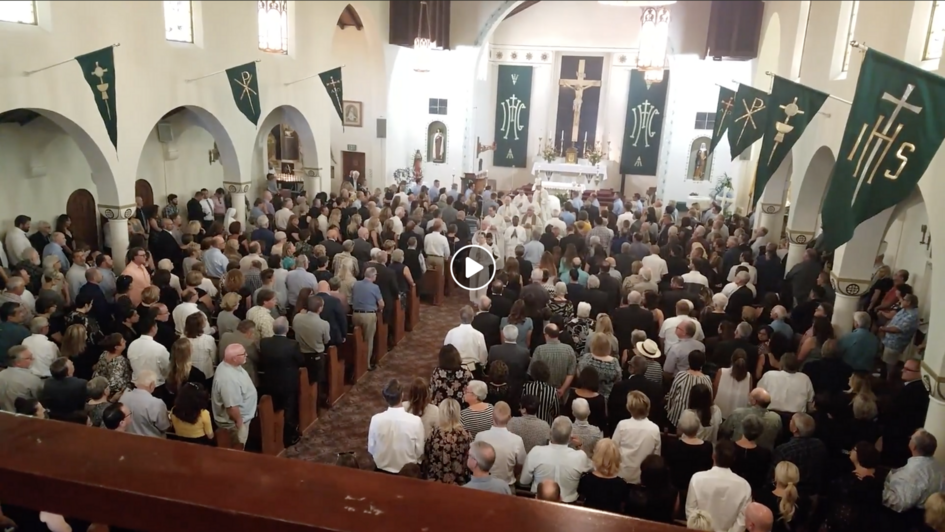 Mike Robinson had a passion for St. Rose-McCarthy School. He attended our school from Kindergarten through Eighth Grade, graduating with the Class of 1966. Three of his four sons — Sam, Luke, and Jake — attended the school. Today, all the grandchildren of school age who live in the area attend St. Rose-McCarthy.

Mike pitched in and helped coach sports teams while his sons attended. He served every office position possible on the Parent Club and Advisory Council. He worked the fundraisers and never missed a DeCampos dinner. He flipped pancakes. In recent years, the school needed help putting on the DeCampos dinners. Mike stepped in and with his Robinson's Interiors crew they organized and staffed the dinners. You would never catch him sitting down at this event. Tireless, Mike would always stay late, until after midnight, to clean up after the affair and then he would be back early the following day to dismantle the tables and put away the chairs and decorations.

Mike was a founding member of the Thomas McCarthy Foundation which was created in 2000 to support our school. He has hosted fundraisers for the foundation at Robinson Ranch in Three Rivers. His vision was for the Foundation to purchase all of the properties around the school as they come up for sale so that we can expand the campus with a multi-purpose cafeteria-media center-gym.

In the last three years of his life, Mike donated material and labor to install new carpets in the classrooms and new blinds throughout the school. He purchased paint and paid a painter to repaint classroom interiors. He made sure we had fresh woodchips for the playground equipment and also assisted wherever there was a need. And there was always a need.

Thank you, Mike! Pray for Us. And may you ... requiescat in pace.