The Conway family has provided decades of support to St. Rose-McCarthy Catholic School. Because of their generous support, the family was honored at our 2017 DeCampos Dinner.

The parents of this clan, Michael Conway, Sr., and Dorothy Conway, were lifelong faithful Catholics. Michael had attended Catholic schools from grade school through college. He even went to Notre Dame for grad school. Dorothy attended elementary Catholic school and then St. Mary’s School of Nursing in San Francisco. Dorothy didn’t get to use her nursing degree much — at least in the professional world — as she and Michael went on to have ten children!

The couple moved to Hanford for a job. At that time their eldest child, Mike, was entering high school, so he would not be attending Thomas McCarthy Catholic School. But the rest of their nine children would attend.

Rick Conway shared with us some of his observations of their family’s experience with the school. “Our dad had a good job, but with ten of us, they still had to make sacrifices to send us all to McCarthy. I’ve always admired that they were willing to prioritize their resources in order to put us through Catholic school.”

Rick had some fun memories of the school as well. “We had a great sports team. We had about 30 guys to pull from compared to Woodrow Wilson which had 300. About 75% of the time, we beat them in football and basketball.”

Rick also fondly remembered how his mother couldn’t stand to waste anything. She particularly hated wasting paper. “Rather than give each of us our own paper bag with a lunch, she would put all our sandwiches in one bag. At noon, we Conway kids would all meet at the flagpole and divvy up our lunches.” 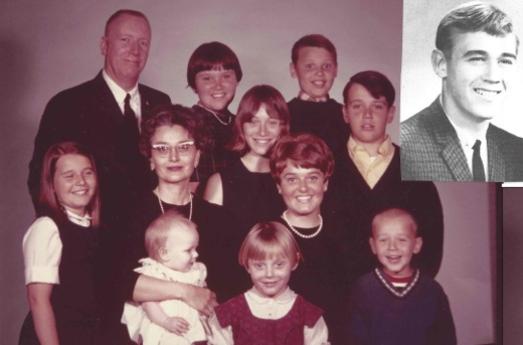 “You are always calling me,” she complained. The caller replied, “Well, Dorothy, you do have nine children in the school. Your name is going to come up at least once a month.”

We are grateful and thankful for the support the Conway Family has shown us through the years!
​

Salute to the Conway Family

Rick credits his faith to the example of his parents and to the reinforcement that attending McCarthy gave him. He also treasures the lifelong friends he made at school. “There’s a special connection between the McCarthy kids,” he said.

We’d like to end with a special salute to the matriarch of the family. At St. Rose-McCarthy, there’s a legend still handed down about Dorothy. She could always be counted on to get things done, but once she became frustrated when she was asked to bring something to a class.
​